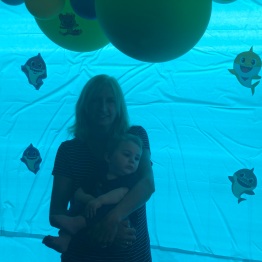 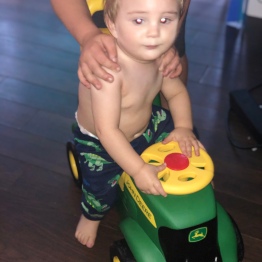 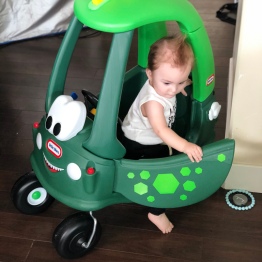 Wow, This is so incredibly late, I’m so sorry for that! I am still trying to come to terms with the fact that my little man is 14 months today.  I honestly don’t know how this time went by so quickly. Literally the saying “You blink and you miss it” has never been so true for me.  Everyday August is saying something new or figuring out how to un do another child lock. He is so smart and quick, there is never a dull moment.  He has brought so much to our family and I love seeing the bonds that him and the other kids share.  It is nothing short of special.  We celebrated August’s birthday on his actual birthday.  We had a party at the house for him.

With the fact that we have so many birthday’s in August I wanted to make sure I  had time to plan a great party for him.  Everything was set up to be outside, however the weather had different plans that day and it ended up raining.  The kids still had a huge water balloon fight and enjoyed time outside. I could not find any Baby Shark decorations, I started looking online. I found this place called Birthday In a Box, they had everything Baby Shark and it all got shipped to the house. I swear this was the best, not having to race around to 4 different stores to find things. It made it so nice and simple, I also had little stickers made that said August’s 1st Birthday.  I put one on each of the treat boxes that went out to everyone.  For the rest of the decorations, I took a blue plastic table cloth and put it up on the window. I printed off the different Sharks and cut them out, I put them up on the table cloth and and hung a balloon garland above it all.  I also put a couple cut outs on the balloons as well.  That was pretty much all I did for decorations, I put blue streamers all around his high chair, just to make it a little special for him.

For the treat boxes I had cookies done by Cuppycakes by Julie, She made little Sharks and 1’s. I had two dozen, they were the perfect little treat. Each child received one as their goody bag, in one of the custom boxes.  The cookies were absolutely amazing, Julie is the best!!! I go to her for all of my cookies! 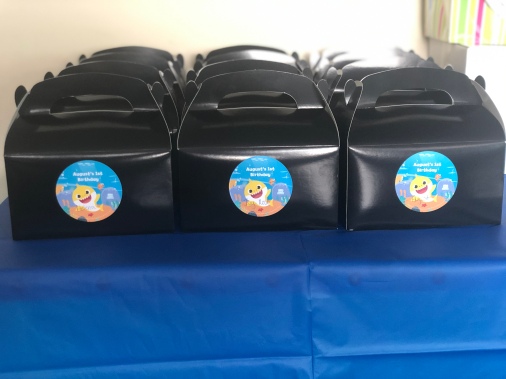 For the cake I had Baked by Cindy make a Baby Shark cake! This was the first time I had a cake done by her and it was so good. Everyone was in awe when they saw it. The flavours were amazing the cake was moist and so tasty.  The decorations were so much more than I had imagined. The detail was just outstanding! I had vanilla and chocolate and both were fantastic.  I also had her make August his own little cake. We let him do his own little cake at his high chair, he also approved! The one thing I loved is that Cindy can deliver, it makes things so nice and simple on party day, to not have to run out and grab the cake.  Plus I always fear when I’m driving home with a cake in the car, you just never know what can happen!! 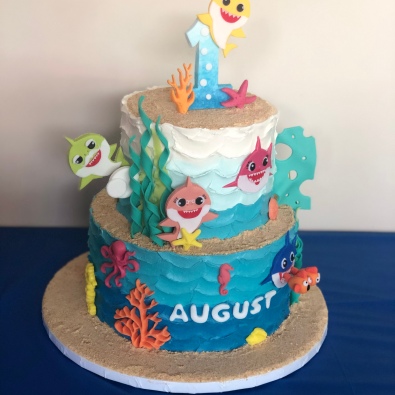 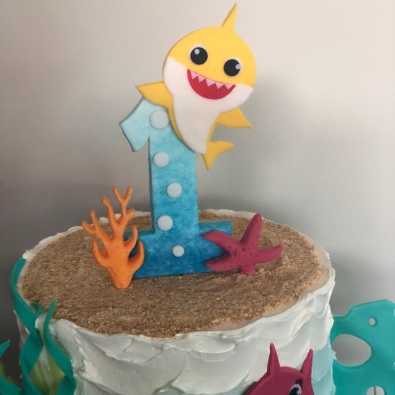 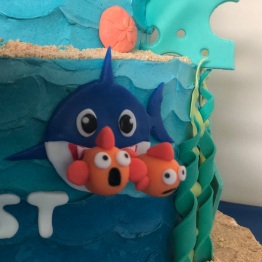 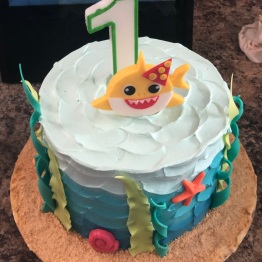 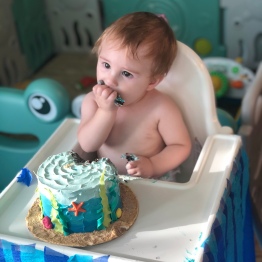 The day was amazing and August had so much fun, he did not sleep the entire day! He stayed up until 9pm, he was so spoiled and we can’t thank everyone enough, for helping us make his day so special.

This is a text widget. The Text Widget allows you to add text or HTML to your sidebar. You can use a text widget to display text, links, images, HTML, or a combination of these. Edit them in the Widget section of the Customizer.
Loading Comments...
%d bloggers like this: